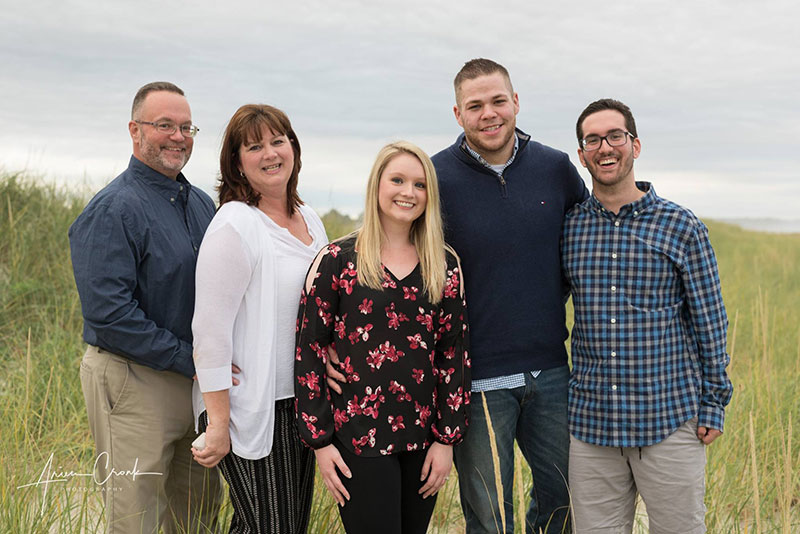 The vision for Seth Cooper Productions began in July of 2017 with help from my dad (Tim Cooper), my mom (Joanne Cooper) and Nathan Olson of Nolee-O Web Design 3 years, 2 months & 13 days later today, September 21st 2020, on my 21st birthday I’m so excited to announce that Seth Cooper Productions is officially a business. What a wild life I’ve lived. My hope is that I can provide informative, entertaining content that puts a smile on your face everytime you read an article, watch a vlog on my Youtube channel or when you listen to my podcast “Talk Hard” on the Earplug Podcast Network. Seth Cooper Productions will be a platform where I will share stories about working in professional sports at such a young age, from college stories, to Interning with WWE, to covering different sports in a non-traditional media way.

How’d we Get Here?

I was born, September 21st 1999, at 9:37AM weighing in at 2 ½ pounds at St. Peter's Hospital in Albany, NY to my parents Tim & Joanne Cooper. 2 ½ pounds now I know what you’re saying that’s not right. Something’s wrong here. Bingo. Lightbulb moment going off in the head right now. Before I was born I got a little too rowdy, did some flips and tricks, pulled off maybe a half-pipe trick that ultimately flopped which resulted in me having a brain bleed leaving me completely paryalzed on my right side. I was diagnosed with Cerebral Palsy. I give my sister, Gabbi a lot of crap today but If it wasn’t for my older sister I have no clue where i’d be today. At the time she had no idea how bad the diagnosis was going to be and my sister wanted me to be able to spell my name correctly so the name “Seth” was born for the first time ever and given to me. Okay, maybe not the first time ever but it’s very special to my family and especially to my sister.

My Love for Sports

Okay so i’m kind of jumping around here but my love for sports comes from my dad. If i’m ever half the man he is in life then i’m doing something right. Timothy is one badass dude. I’ve never seen a man work harder in anything in life from putting food on the table, paying for two bachelor degrees for his kids to keeping my mother, Joanne in the laps of luxury. Hahaha. When he officially reads this I know he’ll laugh at this. Just know thank you for not ever giving up on me and letting me live out my dream, forgiving me for all the mistakes i’ve made, to saying you're always proud of me. I hope I don’t let you down with this. Alright enough for this but what’s up with you making me a Mets fan? Can you explain that? In all seriousness baseball was the first sport I fell in love with. I grew up listening to Gary Cohen, Keith Hernandez and Ron Darling because of those three and because I knew that the age of 8 that I would never play professional sports because of my disability is why I wanted to be a part of the sports media community in some sort of fashion. As Mets fans we always get disappointed each and every year but the passion of being New York sports fans ever goes away. Just like other passionate cities like Boston and Philadelphia we aren’t afraid to admit when our team sucks but the most fun i’ve had ever as a Met fan is their run in the 2015. From the regular season is the postseason seeing the joy in my dad’s eyes from winning the NL East, beating the Los Angeles Dodgers in 5 games, to the Chase Utley slide on Rubén Tejada to sweeping the Cubs in four to win the NLCS, Daniel Murphy’s spectacular performance throughout that series it was an incredible time as a Mets fan.

You Can Call Sports as a Profession?

I’ve told this story before my apologies if you’ve heard this one before but how I discovered that Sports Broadcasting was a complete accident. At the time being eight years old in the fourth grade I had no idea that the commentary was pre recorded and voice-overed. I played a lot of MLB2K8 and NHL2K10 on the Nintendo Wii. I got so annoyed they were saying the same things over and over and over and ove--- You’re getting annoyed right? I legit just muted my TV I had and started describing the play I was playing. My mom heard me and asked who I was talking to downstairs and I was so embarrassed. Beat red in the face, I remember running down to the stairs to my room and not coming up for such a long time after that. Needless to say I got over that. Fast-forward four years later my first big “break” would come.

Back to Sports Blog